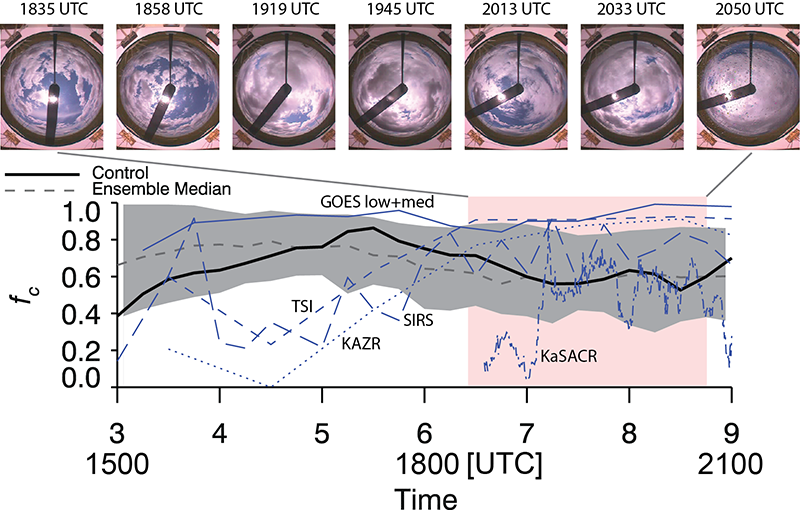 LAWRENCE — Growing up around Oklahoma City, David Mechem spent a lot of time scanning the skies.

“We don’t have mountains or ocean there, but we do have the sky,” he said. “That’s our natural beauty. I was very interested in severe weather and tornados.” 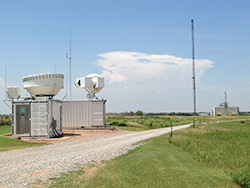 That curiosity eventually blossomed into a research career. Today, Mechem is an associate professor in the Department of Geography & Atmospheric Science at the University of Kansas. His academic work centers on cloud microphysics and dynamics and how cloud systems are organized at different scales.

“Clouds, the visible presence of moisture and phase changes of water, play a role in most interesting meteorological processes on planet Earth,” Mechem said.

Now, he’s leading a new $525,000, three-year grant from the U.S. Department of Energy to better understand the fundamental processes governing the behavior of shallow clouds, the low-hanging cottony clouds often seen on a summer day or over ocean waters.

“Shallow, low-altitude clouds play an important role in our climate system by scattering sunlight back to space,” Mechem said. “Shallow cumulus clouds in particular also play an important role in atmospheric circulation by transporting heat and moisture from the surface upward, which helps set the stage for deeper clouds such as those that produce thunderstorms. Current climate models and weather forecast models still struggle with handling these clouds.”

The KU researcher said a better grasp of cumulus clouds would hone scientists’ ability to estimate changes to the global climate over the coming decades. 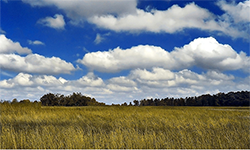 “Many of the disagreements among global climate model predictions have been traced to how the models represent these low clouds,” Mechem said. “You can think of low clouds as the climate’s refrigerator. They’re very bright and reflect sunlight back to space, so there's a cooling effect from these low clouds. It’s fairly obvious in a changing climate we need to know if they’re going to increase or decrease. If we get more low clouds, they might lessen warming. If they go away, that might amplify warming.”

In particular, Mechem’s study will look at an aspect of cumulus-cloud behavior called “entrainment.”

“Entrainment is the mixing of cloudy air and air from outside the cloud,” he said. “The rising air that forms cumulus clouds is buoyant, which makes it go upward. As the cloudy air rises, drier air from outside the cloud is mixed in and weakens the updraft. This entrainment causes the rising motion to slow, which is why these clouds remain shallow," he said. "The combination of buoyancy and entrainment gives rise to the puffy, cauliflower-like appearance of these clouds. We are looking for innovative ways to mathematically represent this mixing process in current model cloud parameterizations to improve weather forecasts and climate model projections.”

“This is a particular challenge because these clouds are much smaller — maybe a kilometer in horizontal size — than a typical climate model grid size, which is around 50 to 100 kilometers, or weather forecast model grid size, about 12 kilometers. So, the models cannot directly resolve the action of individual clouds. Instead, the bulk effects of the clouds are represented in climate and weather prediction models using idealized mathematical treatments called ‘parameterizations.’”

“These are the shallow, puffy clouds you see in summer, but they transport moisture from the Earth’s surface upward into the atmosphere,” he said. “From a day-to-day weather perspective, they help set the stage for deeper thunderstorm events. Getting these clouds right is also important for being able to forecast thunderstorms, in particular the time when they begin.”

Mechem’s analysis of shallow cumulus clouds will hinge in part on observations from high-frequency profiling radar carried out at sites such as DOE’s Eastern North Atlantic atmospheric observatory located in the Azores archipelago in the Atlantic Ocean. Other work will take place at the department’s Southern Great Plains observatory, comprising instruments arrayed across about 9,000 square miles in Oklahoma and Kansas.

With the better-quality data, Mechem will carry out sophisticated computer modeling of low clouds.

“A major component of this work is running high-resolution numerical simulations using a technique called large-eddy simulation,” he said. “These are fluid-flow models that fully represent the turbulence in the atmosphere. In our models, we can reproduce entraining clouds and calculate entrainment. In a sense, we call the model’s output ‘truth’ with which we can test out ideas about how entrainment should work.”

The results of Mechem’s research will appear in scholarly publications and presentation of results at academic conferences. The DOE grant also will support the work and training of KU graduate students in atmospheric science.

Top image: A series of images from a vertically pointing wide-angle camera showing the cloud field evolving over approximately a two-hour period. The blue lines on the time series represent different observational estimates of cloud cover, the fraction of the sky covered by clouds. The black-and-gray line, and the wide gray band, show calculations of cloud cover from a number of high-resolution numerical simulations. Image courtesy David Mechem.

At right: Cumulus cloud. Photo by PiccoloNamek via WikiCommons.